Which Should Come First: The Safety Of Taxpaying American Citizens Or Ensuring Immigrants “You are welcome here.”

14 hours ago – Pennsylvania Governor Tom Wolf also headed to the airport, sending the message, “You are welcome here,” to the detained immigrants.

Pa. to pay $48.8M over benefits to illegal immigrants | TheHill

Fox News – ‎6 hours ago‎
NEW YORK – The Joe Friday look is out. Tattoos, turbans and beards are in. Police departments, compelled by a hiring crisis and eager for a more diverse applicant pool, are relaxing traditional grooming standards and getting away from rules that used …

Emblematic of communities across the country with large immigrant populations, the K-8 district put the school expansion before voters, arguing that it is overwhelmed by a decades-long influx of new students, many of whom are the children of immigrants living in the country illegally.

Aug 4, 2016 – Freehold Borough will be allowed to expand to its schools to accommodate a growing number of children of immigrants living in the country illegally. … TRENTON — New Jersey’s education commissioner has nullified two voter … the average homeowner would have faced a $278 property tax increase.

Sep 24, 2015 – Immigrant wave and Freehold school money crisis …. At one point considered the downtown of western Monmouth County, Freehold has since become a hub for mostly law … Where many New Jersey communities have struggled with … Voters, weary of high taxes in this working-class town, twice rejected a …

In order to better inform Americans about the impact illegal aliens are having on crime rates in sanctuary cities, President Donald Trump today ordered the Secretary of the Department of Homeland Security to publish a weekly list of crimes committed by illegals.

In an executive order titled “Enhancing Public Safety in the Interior of the United States,” Trump directed Secretary John Kelly to be transparent with citizens. END_OF_DOCUMENT_TOKEN_TO_BE_REPLACED

“I will vote against [Sen. Jeff Sessions’] nomination to be our next Attorney General.”

Law enforcement groups view Sessions as someone who will bring a “police-first” mentality to Justice that they say was absent during President Obama’s eight years in office.

In Sessions, they see a traditional law-and-order style enforcer who they believe will repair the relationship between the feds and local police that has grown frosty in the Obama administration. END_OF_DOCUMENT_TOKEN_TO_BE_REPLACED

Driver who shot at Arizona officer was in US illegally, investigators say

A driver who shot and killed an illegal immigrant who was attacking an Arizona state trooper on the side of a highway last week believes God put him there to save the officer’s life, police revealed Monday.

“He knows that he did the right thing,” said Col. Frank Milstead, director of the Arizona Department of Public Safety. END_OF_DOCUMENT_TOKEN_TO_BE_REPLACED

State Police officials confirmed this week that applicants vying to become state troopers will no longer undergo polygraph testing as part of an extensive background check that helps determine their acceptance into the State Police Academy.

A spokesman for the State Police would not say why Blocker ordered the change. END_OF_DOCUMENT_TOKEN_TO_BE_REPLACED

Amid protests and calls for reform, how police view their jobs, key issues and recent fatal encounters between blacks and police

Police work has always been hard. Today police say it is even harder. In a new Pew Research Center national survey conducted by the National Police Research Platform, majorities of police officers say that recent high-profile fatal encounters between black citizens and police officers have made their jobs riskier, aggravated tensions between police and blacks, and left many officers reluctant to fully carry out some of their duties. END_OF_DOCUMENT_TOKEN_TO_BE_REPLACED 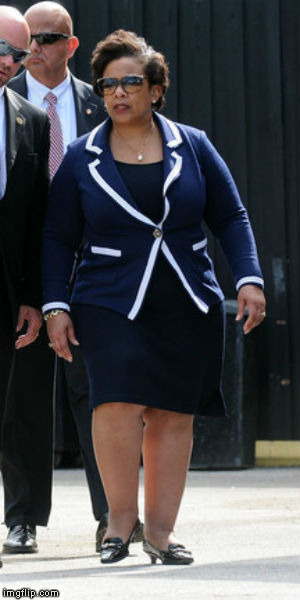 DOJ: ‘Reasonable Cause’ To Believe Chicago Police Use Excessive …

Fox News–Jan 13, 2017
DOJ: ‘Reasonable Cause’ To Believe Chicago Police Use Excessive Force … Announcing the outcome of a Department of Justice (DOJ) …

PA Fraternal Order of Police Lodge No. 38
Blog at WordPress.com.