The Victims Who Never Came Home 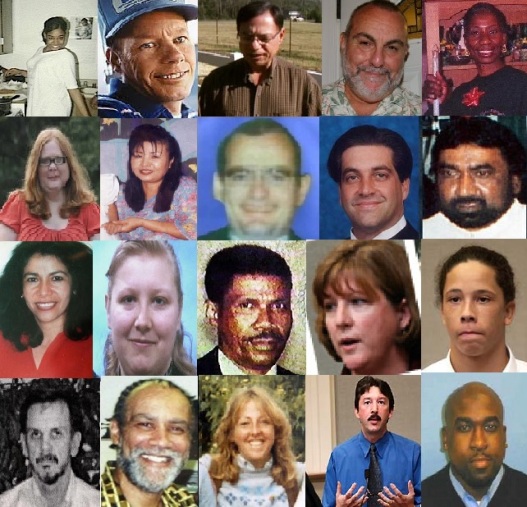 The Terrorist Now Eligible For Parole

In 2003 Malvo, was sentenced to six consecutive life sentences without parole. Ha Ha!

In 2002 Illegal alien Lee Boyd Malvo and John Allen Muhammad terrorized the Virginia, Maryland and D.C. area for over three weeks. They were convicted in the murder of 10 people. Muhammad was put to death in November 2009. In 2003 Malvo, was sentenced to six consecutive life sentences without parole.

Their crime spree, begun in February 2002, included murders and robberies in the states of Alabama, Arizona, Florida, Georgia, Louisiana, Texas, and Washington, which resulted in seven deaths and seven wounded people; in ten months, the snipers killed 17 people and wounded 10 others.

But now in 2020 Malvo is eligible for parole. Under a new law passed by the Virginia Legislature and signed by Governor Ralph Northam.

“[These] same Democrat politicians relentlessly promoting restrictions on self-defense for law-abiding citizens are pushing for release of violent criminals.”

Lee Boyd Malvo, who was 17 in 2002 when he and an older man killed 10 people over three weeks in Virginia, Maryland and the District of Columbia, agreed Monday to drop his effort to win a new sentence. That’s because the Virginia law will give him a shot at parole after serving 20 years. Malvo’s adult partner in the crime spree, John Allen …

Beltway sniper attacks, shooting spree in the Washington, D.C., area that killed 10 people and injured 3 over a three-week period in October 2002. The shooters, John Muhammad and Lee Boyd Malvo, chose targets seemingly at random and brought daily life in the area to a virtual standstill.

The predictions of criminal profilers were shown to be wildly incorrect, as the suspected snipers were an African American man and a Caribbean teenager.

The unpredictable nature of the shootings instilled high levels of fear into the citizens of the Washington, D.C., area. Perhaps even more unusual was the successful civil action pursued in the wake of the attacks. With the assistance of the Brady Center to Prevent Gun Violence, two survivors of the shootings and the families of six slain victims brought suits against Bushmaster Firearms, the manufacturer of the rifle used in the attacks, and the Tacoma, Washington, gun store from which the rifle had been stolen.