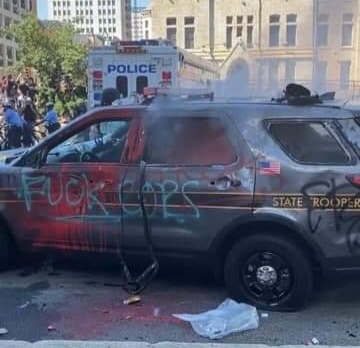 Pennsylvania’s nursing home deaths are far higher than comparable states. As for how this came about, the report pointed directly to Pennsylvania Gov. Tom Wolf’s health secretary, Dr. Rachel Levine

“Misgendering” proves to be more “insulting” than the callous decisions that hugely increased deaths in nursing homes.

Americans are well aware of the nursing home scandal in New York, where Gov. Andrew Cuomo allowed overflow COVID-19 patients to be sent to the worst possible place. Naturally, this had the effect of seeding outbreaks in New York nursing homes, many of which were subsequently ravaged. And when the angry Cuomo is asked about it, he does what he does best — he lashes out at whoever asks the question.

Well, it looks like New York may not be alone. The same thing might have happened next door in Pennsylvania, and perhaps worse. Pennsylvania has over 70,000 cases of COVID-19, with roughly 5,400 deaths. Of these fatalities, a staggering 70 percent (my last count) are in nursing homes. In some counties, the percentages are even higher. END_OF_DOCUMENT_TOKEN_TO_BE_REPLACED