Irrespective of the conclusions of a federal investigation conducted by fifteen FBI agents that determined the “garage door pull rope was fashioned like a noose” and was present as “early as October 2019”, before anyone could possibly have known that NASCAR’s now famous driver would be assigned the number 4 stall; the race car driver apparently still believes he is or still wants to be a victim.

Is The President Of NOOSECAR An Idiot Or A Brilliant Promoter

After “a crew member for Richard Petty Motorsports found the rope” someone alerted NASCAR who apparently immediately contacted the federal government who immediately launched a federal “hate crime” investigation. What did NASCAR do prior to contacting the federal government? A “NASCAR video of the exact garage doors at the Talledega motor speedway shows all of the garages have ropes and nooses on them.”

NASCAR President Steve Phelps when asked on Monday, June 22 the day after the rope was found if the rope could be a rope used to pull-down the garage door responded, “I am not sure. I have no information on that.”

Nothing less than incredible that NASCAR initiates an investigation that the hit & run national media salivates at reporting which becomes the national sports story for days; an alleged incident that could have incited more mostly-peaceful rioting and the President of NASCAR has “no information” about the “noose”. He didn’t look at any pictures? He didn’t look at or have anyone view video surveillance? He didn’t visit the “crime scene”? He or no one talked to security? This alleged incident happened in a restricted area. He just picked up the phone and called the FBI?

The Day Of The Rope

Sunday, June 21 NASCAR released a statement that they “are angry and outraged, and cannot state strongly enough how seriously we take this heinous act”. Before they promoted this false narrative with their press release and phoning the FBI, NASCAR should explain exactly what was done on their part to investigate this “heinous act” and protect Bubba from the racists lurking in the NASCAR garages until the Feds arrived. 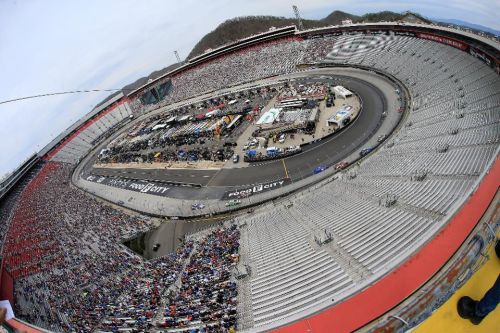 In 2020 America a professional sports organization jumping to unsubstantiated conclusions regarding a “hate crime” and promoting it is playing with fire. What if it had sparked more mostly-peaceful riots with the mostly-peaceful rioters chanting, “This is for Bubba?” What would NASCAR’s response be today, “Oh, sorry never mind?” And don’t discount that by joining the Woke Church NOOSECAR believed the national media attention might help with their dwindling fan base. Would they really do such a thing? Beats being an idiot.

Bubba Wallace: "I've been racing all my life. We raced out of hundreds of garage's that never had garage pulls like that…but from the evidence that we have, that I have. It's a straight up noose." pic.twitter.com/tSOXTgmfAd

“Today’s despicable act of racism and hatred leaves me incredibly saddened and serves as a painful reminder of how much further we have to go as a society and how persistent we must be in the fight against racism,” Bubba Wallace, who is African American.

“Late this afternoon, NASCAR was made aware that a noose was found in the garage stall of the 43 team. We are angry and outraged, and cannot state strongly enough how seriously we take this heinous act,” NASCAR said in a statement on Sunday.