Dozens of shootings across US mark bloody July 4th weekend

At Least 6 Dead, 20 Hurt in 16 Separate Shootings During Violent Weekend in Philly

16 Dead, at Least 69 Wounded in Chicago Shootings This Weekend

“[A]s long as you’re abolishing all these statues across the country, what about this one?”

Grand Master Jay of the Not F**king Around Coalition 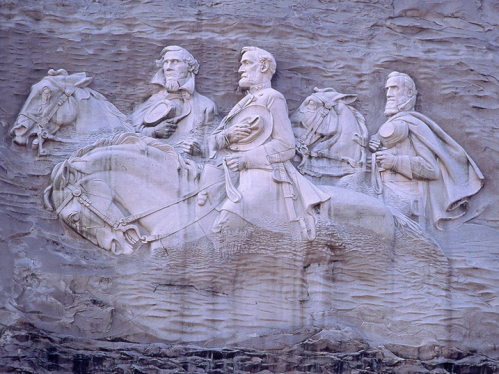 About 1,000 heavily armed militia, all of whom were Black, marched through Georgia’s Stone Mountain Park on Saturday, challenging white nationalist groups in the area to either come out and fight or join them in demonstrating against the government.

Stone Mountain State Park officials said the Black militia group was peaceful, orderly and escorted by police as they called for the removal of the country’s largest Confederate monument near Atlanta.

“Our initial goal was to have a formation of our militia in Stone Mountain to send a message that as long as you’re abolishing all these statues across the country, what about this one?” Grand Master Jay said, referencing the massive Confederate carving.

“It was all Black … there were no brown people, no white people… everyone was Black. I am not a protester, I am the commanding general of my militia, we were swearing in new members,” he added, highlighting there was a second militia “show of force” Saturday near Phoenix.

“I don’t see no white militia, the boogie [boogaloo] boys, the three percenters and all the rest of these scared-ass rednecks. We here, where the f**k you at? We’re in your house,” one protester said into a PA system during the Stone Mountain Park march.

The largest armed Black crowd I’ve ever seen in my life just crossed the front of my house in Stone Mountain. Bigger than any Black Panther engagement I’ve ever encountered #July4th2020 pic.twitter.com/4iH5qx77Ee